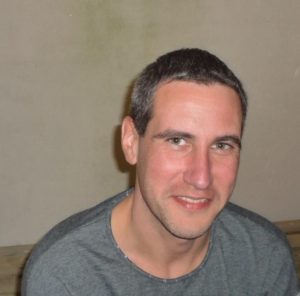 I had been using my Destruction of Choice for more than twenty years. I originally heard about SMART several years ago, whilst I still lived in England and even attended a few meetings. I was self-medicating with alcohol and had no real desire to abstain and was attending to appease my employer. I had the irrational belief that “moderation” could, and was, working for me. I quickly found excuses not to attend, citing other more important commitments. I felt that my “moderation” of two bottles of wine per night (instead of a litre bottle of Vodka) was a marked improvement and everyone got wasted at weekends so that wasn’t an issue anyways.

However, after too many failed attempts to moderate, and my weekend activities starting to creep back into the week,” I again found myself at risk of unemployment. I was referred to my Employee Assistance Program and, under slight duress, called and spoke with a counsellor. They asked about my current situation and I said that I had been given an opportunity through work that had ended and I felt that I had no purpose anymore. However, when they asked the question of whether I had continued to consume alcohol whilst performing this temporary role I not only had to admit that I had but also that it had increased due to less imposed limitations of no longer needing to drive to work. This made me realise that I was just finding any excuse to consume my DOC. I knew I needed help and I recalled my last dalliance with SMART and how I had found other programs demoralising – having to state I was powerless and didn’t have any control. I found there were local Face to Face meetings in my hometown and, after attending, the connection I felt with the group was undeniable. Hearing that, not only did I have a choice, but that it was mine to make, was powerful. Also understanding that this was science based really appealed to me as I love facts and evidence.
Learning there were numerous tools that could be applied to different situations was educational. I found the most eye-opening tool was the Cost Benefit Analysis. Understanding the benefits of not using, whilst appreciating the lack of costs, made me question ‘what was I actually getting from my DOC’? It made sense to me as Pro & Cons list are things I was already familiar with yet adding the short term and long term aspects put a completely different spin on things. This was closely followed by the Hierarchy of Values which made me have an honest conversation with myself as to whether I was putting my DOC about everything else and coming to the understanding that I was; despite my telling myself I wasn’t. Understanding that the science behind the urge (Surfing the urge) and that it was time specific gave me the strength to know it was manageable.

The CBA tool has been put into practice for numerous things from deciding when I felt confident to return to work after my extended absence to selling my house and emigrating to Spain. The Hula Hoop allowed me to deal with challenging situations regarding my tenants and my analytical mind thrived on the ABC tool. A Change Plan Worksheet allowed me to break down tasks into manageable steps, so that they no longer seemed overwhelming, and also allowed me to identify whether that goal was actually important to me or whether I was doing it for someone else.

Further to taking a more active role in meetings I began to consider becoming a facilitator. I took the facilitator training and started facilitating not only my face to face meeting but also online meetings as well. I can’t believe that I now have an active role in supporting others in their journey and that I am seen by my peers as inspirational. It’s rewarding to be able to give back to something that gave me so much. Attending SMART meetings every day allowed me to initially set a daily goal of just remaining sober to attend that’s day’s meeting. It was manageable and, when I was able to accomplish it, knowing that it was due to my own efforts was motivational. I would never have seen myself as someone advocating abstinence or promoting that we do have a choice, regardless of what our DOC is. I’ve since used the tools to quit smoking (DEADS) and learn a foreign language (Vitally Absorbing Creative Interest) and commit to a regular gym workout (the Three Questions).

I would recommend SMART as it relies on you being responsible for your own decisions. It’s science based, which means the facts are proven, and it’s always progressing and implementing new techniques. You can apply the tools to more than just abstaining from your DOC, even though they can be applied to every DOC (and I’ve used them to deal with several of mine). This program supports your recovery and what works for you. It’s all encompassing and allows you to experiment with other recovery programs and combine different aspects; should you chose to do so. It also accepts that lapses are not failures but learning experiences and they form a normal part of a person’s recovery journey and, whilst not condoned, are not condemned. It reaffirms that you are not your addiction and that it doesn’t define you.

You can find out more about which cookies we are using or switch them off in settings.

This website uses cookies so that we can provide you with the best user experience possible. Cookie information is stored in your browser and performs functions such as recognising you when you return to our website and helping our team to understand which sections of the website you find most interesting and useful.

Strictly Necessary Cookie should be enabled at all times so that we can save your preferences for cookie settings.

If you disable this cookie, we will not be able to save your preferences. This means that every time you visit this website you will need to enable or disable cookies again.

This website uses Google Analytics to collect anonymous information such as the number of visitors to the site, and the most popular pages.

Please enable Strictly Necessary Cookies first so that we can save your preferences!