Supporting those who currently serve or have served our country in a military capacity. 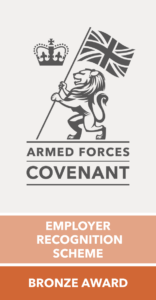 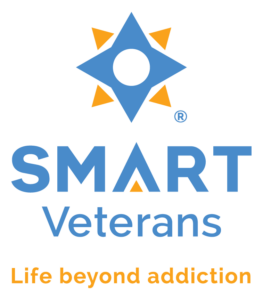 The SMART Veterans Programme has used the four key points of SMART Recovery and adapted these to suit the needs for veterans with an addictive or compulsive behaviour.

Research documents that an alarming number of veterans returning from military deployment and combat suffer from addiction. The traumatic experiences encountered on the battlefield can overwhelm coping skills and cause mental health conditions. Many veterans will self-medicate with alcohol and substances or engage in risky behaviors that can compound problems.

Families of veterans are at risk as well. These experiences are often not directly shared with loved ones and can create excessive strain, and the homecoming (either from a great distance or nearby) of their loved one may bring powerful anxieties for everyone involved. Their beloved family member may have post-traumatic stress disorder and brain injuries. Unhealthy coping behaviors and lack of healthy support can set off a downward spiral for all involved.

My Journey by a Scottish Infantry Veteran

My first experience of drugs was smoking cannabis at 13, combined with ecstasy.  I lived on a housing scheme in Glasgow, with foster parents. I left school at 15, and looked for an apprenticeship at first, then a Youth Training Scheme placement. Finally, I was prepared to take any job, but as soon as they heard the accent they didn’t want to know. It wasn’t just me; we were all looked on as trouble makers.

In 1993 I joined up and served in the Argyll & Sutherland Highlanders. I thought the army would help me get away from the housing scheme and change my life. I didn’t want the inevitable path to prison that a lot of my mates were on.

I served for three years in Northern Ireland at the height of the troubles. I still smoked cannabis when I was on leave, but never during a tour of duty.

Once I came out of the army, I had access to anything I wanted. I got a job, and smoked dope all day at work, like everyone else. At the weekend alcohol and ecstasy fuelled partying all night. Then back on the dope Monday morning.

I had terrible mood swings. I had trouble sleeping and when I did the nightmares kicked in. I took to carrying a weapon, a miniature samurai sword as I was very fearful. I started taking heroin at 22, to self-medicate.

Life was utter chaos, there was gang war in Paisley where I was living. I tried Valium to get some elusive sleep, then jellies.

Heroin was everywhere; people I knew were taking it. People my age, good people with kids and jobs. It worked for ages, but I noticed people on heroin only ever spoke about heroin. I used to keep my stash in a bag behind the plug socket.

At the time I thought I could stop. I had been dabbling for 10 years, but I never took it for more than six days straight. Then I started taking the heroin after ecstasy and it was brilliant, but I was still off my head on a Monday morning.

I thought if everyone left me alone and I could afford my drugs I would be ok. I started to hate other people in my life. People were always trying to save me, but I just wanted to be left alone.

My mate from school had become a full-blown addict and he died. I kept going and soon I was taking it every day. I didn’t like who I had become and tried many times to find a way out.

I went all sorts of recovery meetings and services. As soon I mentioned serving in the army, they wanted me to go somewhere else. I got passed about from one place to another.  They would say ‘I don’t know how to help you. I’m not trained. Try this this, try that.’ None of it made any sense. I was too embarrassed to say anything, so I just left.

I hated my existence, but I didn’t know the way out. I had tried many times to stop, I have been through withdrawals more times than I can remember. I tried to do it for my kids, but nothing stuck with me or made sense.

I got sent to prison and tried to straighten myself out. As soon as I got out, it was like getting out of the army, drugs were freely available, and everyone knew me.

Services would advertise, ‘We help anybody’ and maybe they did help some people. Once I said ‘I’m a heroin addict, a violent offender, I was abused as a child and I’m out of the army’ I could see the fear in their faces.

I tried going to meetings at services, but I found I couldn’t talk about the horrific stuff I had seen in Northern Ireland with some 22-year-old girl, it would freak her out.  I kept it all bottled up and self-medicated. By then I was living on the street where many people want to take advantage of you, and I became very wary and shut myself off even more.

A lot of services I encountered wanted you to sign what I call ‘the funding form’, but once you did that and you were out of the door, they lost interest.

During the pandemic everything shut down. Then one day I had phone call from Alec at We Are with You to say they were open again. He had read my file, which was a first and he told me about a chap called Johnny Allison and a meeting for veterans. ‘Here we go again’ I thought.

We spoke to Johnny, and he said he would call me back. I’ve been let down so many times I took it with a big pinch of salt, but this time he phoned me back!

Then he met me, and I told him straight ‘Once I say ‘army’, you will say ‘I can’t deal with that’ but it didn’t bother him.

He asked me to come to the meeting; I said ‘I’ll come to your meeting but don’t expect me to do anything’ My life was so chaotic, I couldn’t even sleep.  I told him the worst expecting him to be put off. All he said was ‘Nae bother’.

He took my phone and downloaded the apps and passwords and set up an alarm for the meeting time. All I had to do was listen.

That’s how I got to my first SMART Veterans meeting. I met people who had been through the same s**t as me and they were talking about it. The army expected me to shut up and say nothing.

Finally, something made sense after 20 years. Then I knew there was light at the end of the tunnel. I kept going to meetings and slowly things fell into place.

People at the meeting said things like ‘I can see potential in you, you just need to break the habit’. They knew because they have been through it. I kept going to meetings and I found I was laughing again for the first time in many years. Looking back, I would say Johnny and Alec were the first people to see through the facade I’d put up.

Because I was stuck on heroin, I was dealing to make enough money for my personal use. Many of my customers were old mates and they didn’t like the fact that I was getting clean, so life was very difficult for a while, if you know, you know.

Johnny helped get me into a veteran’s residence in Edinburgh, which was a huge thing for me. I had never lived anywhere apart from Glasgow but being able to live where no one knows me has been good. I miss the people of Glasgow though.

The things that helped me most:

I’m 7 months clean, now. I’ve found the place I belong and people that get me. The other day I went to the shop for a packet of Maltesers and I thought ‘So this is what normal life feels like’.

I’m doing the training to facilitate SMART Veteran’s meetings, it’s a massive step forward in my recovery. I know I need to keep moving forward and pushing myself in recovery, so I don’t get lazy. I see all this as part of my maintenance.

The last thing I want to say is veterans won’t go looking for help, you must go to them. The forces culture is to say nothing, get on with it, keep it inside and it’s very isolating, but you don’t realise that at the time. SMART veterans meeting connects you again, you can say it all, and people understand.

Living With PTSD After Serving in Iraq And Afghanistan
Veteran Images

Attend a SMART Veterans Meeting in the UK

Find Us at Online Meetings:
Wednesdays at 7pm
Sundays at 7pm

Find Us in Your Community: We also have some veteran meetings in the community, please put your postcode into the search box at the top of the page to see if their is one in your local area.

Attend a SMART Veterans Meeting in the USA

Information on SMART Recovery meetings in the USA can be found here – https://www.smartrecovery.org/veterans/

You can find out more about which cookies we are using or switch them off in settings.

This website uses cookies so that we can provide you with the best user experience possible. Cookie information is stored in your browser and performs functions such as recognising you when you return to our website and helping our team to understand which sections of the website you find most interesting and useful.

Strictly Necessary Cookie should be enabled at all times so that we can save your preferences for cookie settings.

If you disable this cookie, we will not be able to save your preferences. This means that every time you visit this website you will need to enable or disable cookies again.

This website uses Google Analytics to collect anonymous information such as the number of visitors to the site, and the most popular pages.

Please enable Strictly Necessary Cookies first so that we can save your preferences!